You're At The Wrong Place

If you're here...you're on the wrong blog.  Head to www.deuceofdavenport.com
Dropped by Chimpanzee Rage at 4:20 AM 1 comment: 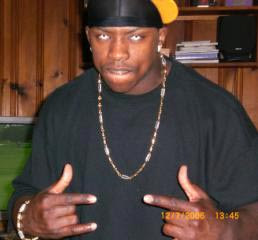 It only took a couple weeks for NFL players to start acting crazy. Rey Maualuga just got one upped by Deon Anderson who has a warrant out for his arrest.


Anderson went crazy and pulled a gun on a parking valet after accusing him of tampering with his car. The arrest warrant states


On 02/02/10 at approximately 2:16 AM off duty officers working Black Finn (4440 Belt Line) were alerted by staff members of a man with a gun in the parking lot. Officers were pointed to an area where four males and two vehicles were. Complainant Mekonnen Gigi advised Deon Anderson was mad because of problems with his vehicle, and accused him of tampering with the vehicle. Gigi stated Anderson retrieved a handgun from the car and asked him why he was laughing. Gigi stated he was in fear of imminent bodily injury or death when Anderson displayed the firearm. The firearm was recovered from the shrubs nearby, and was
found to be loaded with a round chambered.

The parking lot confrontation isn't the first time Anderson has made the papers for bringing the ruckus. He and Flozell Adams fought on a team flight after a loss to the Eagles in 2008 when the Cowboys season fell apart. Marcus.

We'd like to credit Marcus Vick for inspiring Anderson but a hat tip to the late Sean Taylor is more appropriate given the circumstances. We're talking ATVs not home invasion and murder. We'll leave that to Wilbon. Sean Taylor whipped out some guns on Ryan Hill, a Miami resident who he thought stole his property. At least he thought he was wronged? Marcus Vick just went crazy on some kids in a Burger King parking lot because he's a Vick and that's just how they was raised.
Dropped by Mustafa Redonkulous at 12:15 AM 3 comments: 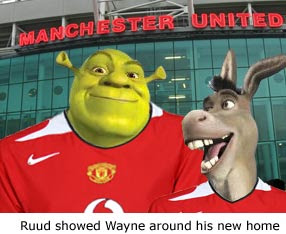 It's been a minute since we've posted a soccer roundup. John Terry was the inspiration the Deuce needed. We're ready to go like a 17year old girl in the back of JT's Bentley. Let's do this!

The Undertaker Likes To Pay For His Souls

Poor Avram Grant. He lead Chelsea to the Champions League final only to be unceremoniously bounced by owner Roman Abramovich. He landed on his feet at Portsmouth this season knowing he was going to have a rough time saving them from relegation. Unfortunately no one warned him about the clusterfuck also known as Pompey's finances. A man might want to blow off some steam when his employer can't pay him and wants to sell his best players.

The Sun is confirming what many including the Deuce suspected about a report describing a Premier League manager's trip to a brothel in December. Avram Grant has been named as the manager under suspicion.


He is alleged to have smiled when admitting knowing the building was a brothel before speeding off in a car.

The manager, who is reputed to earn over £1million a year, apparently made no attempt to hide his identity.

He is said to have previously been seen outside the parlour, which uses Thai and other Far Eastern massage girls, in October when he also spent more than an hour inside.

Ain't no shame in Avram's game. He would have been better off rolling with Vanessa Perroncel instead of some Thai hookers in an industrial park. It's the Chelsea way.

More After The Jump »
Dropped by Mustafa Redonkulous at 12:10 AM 1 comment: 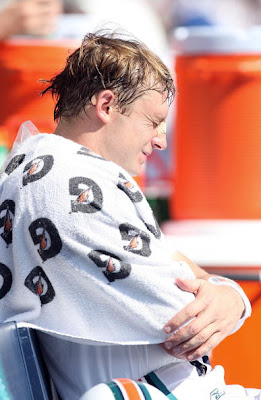 Guess which perpetually injured quarterback who has trouble throwing the ball more than 30 yards wants back on an NFL field? Chad Pennington of course! Even more shocking is that the Dolphins wouldn't mind him back as an insurance option for Chad Henne, but they need to see if he can actually throw a 15 yard out route first. That's right, they aren't sure if he can hit a 15 yard out route because his arm/shoulder have been so shredded throughout his career. Isn't that what you want in a backup quarterback?

Lets take a look at Chad's injury history in his 9 seasons of pro football real quick:

Wow...ok. If this was baseball, this guy would only be tossing balls for a rec league softball team. A guy who never had much arm strength to begin with, coming off his 3rd shoulder surgery, who has only played in 16 games twice in his career, seriously wants to give it another go? I dont want to be the bearer of bad news but, c'mon, read the tea leaves Chad.

Pennington needs to listen to his body more than his heart. He may have the desire to play still, but his body has already told him he just shouldn't do it.

Dropped by Chimpanzee Rage at 2:39 AM 2 comments:

The Good News Is, You Didn't Die 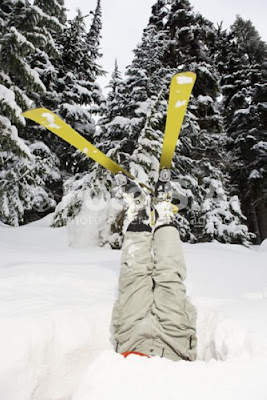 From On The Edge

Sean Avery Is Not Impressed By John Terry's Latest Conquest 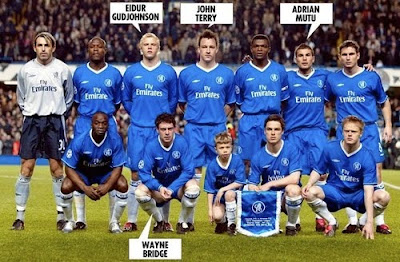 "Chelsea wherever you may be, don't leave your wife with John Terry!"
England manager Fabio Capello called Wayne Bridge to tell him that John Terry had lost the England captain's armband. He asked him to look under his bed. Bam!

The terrace chants, songs and jokes are heating up as more details begin to emerge from Terrygate. The latest reports may actually help Terry save his job as captain. What could save his armband besides proof that he didn't have an affair with the former nightclub worker? It turns out that he wasn't the only Chelsea player to have a go at Bridgey's ex.

The Sun reports that former players Eidur Gudjohnsen, Adrian Mutu and one unnamed player also ran up in Perroncel while she was working at a nightclub frequented by Chelsea players. Terry's just getting sloppy fifths. Gudjohnsen allegedly warned Bridge about Perroncel's super-WAG/ho-ish intentions but he didn't listen. Whoa, hold up...

The Mail claims that the number is up to seven as two CURRENT Chelsea players have been identified as also being Perroncel dick bandits. They remain unnamed for now. Don't be surprised to learn that mascot Stamford the Lion also made sweet love to her.

Bridge might want to consider a paternity test to make sure he's the father of their child. This sounds like a job for Maury.

Dropped by Mustafa Redonkulous at 12:30 AM No comments: 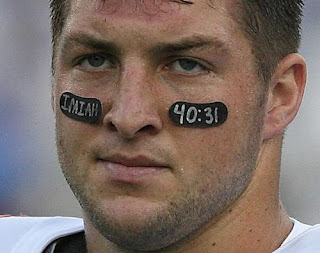 "I gather that Tim Tebow is extremely good at football. That's just as well, for he certainly isn't very good at thinking."  - Richard Dawkins (Former Professor of the Public Understanding of Science at Oxford; author of "The God Delusion" and "The Greatest Show on Earth".)


From The Washington Post
Dropped by Chimpanzee Rage at 12:25 AM No comments: